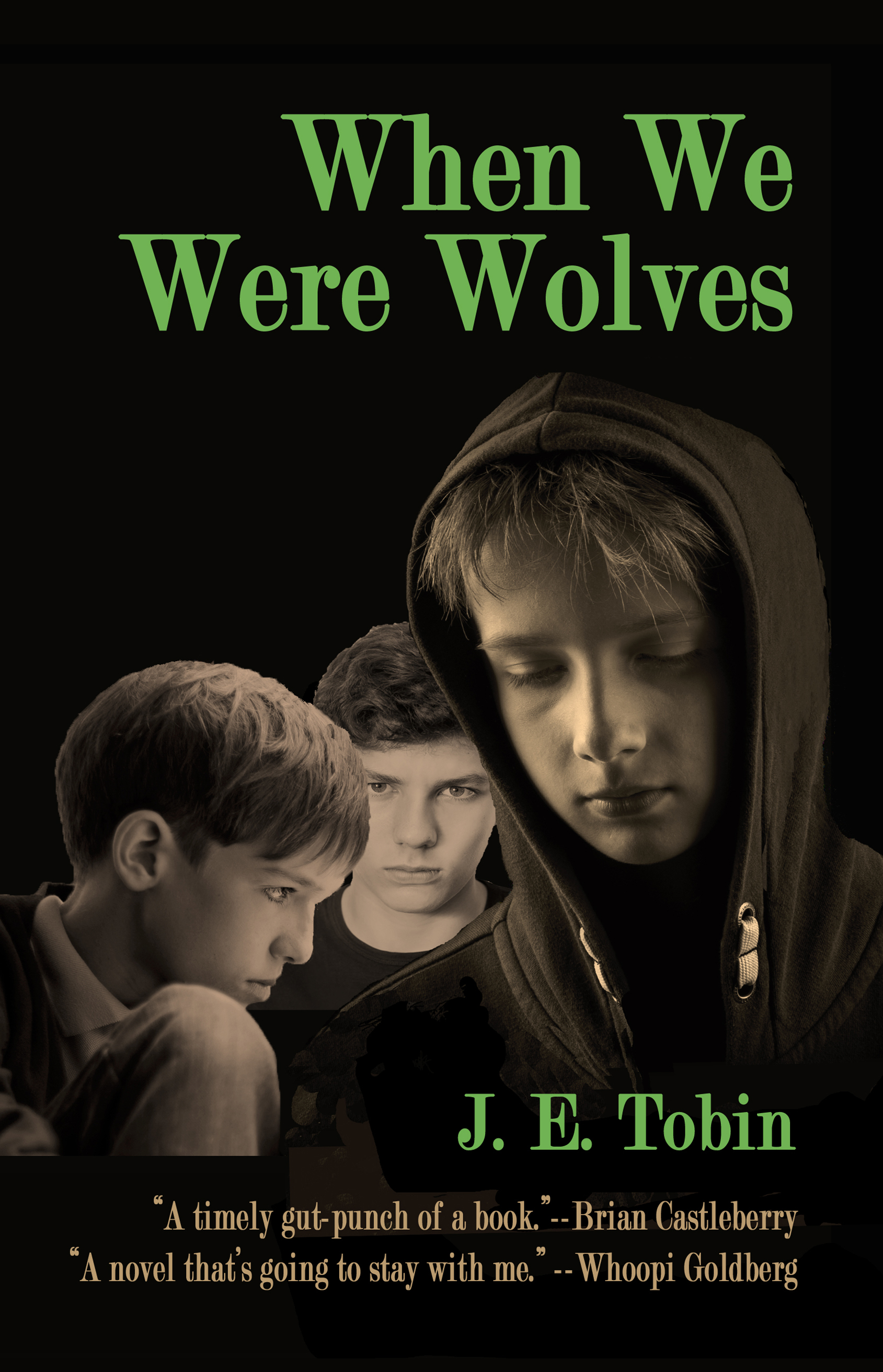 Pale Horse Books, an independent publisher located in Williamsburg, Virginia, published When We Were Wolves on May 10, 2022. The book is available for purchase on amazon.com, barnesandnoble.com, and palehorsebooks.com. All royalties go to charity https://preventchildabuse.org/

"When a novel poses a question; asks you to think if you could stand up and face the storm, I know it's going to stay with me, and that's exactly what J. E. Tobin's When We Were Wolves does. When we were kids, we were taught to trust adults and not to question, but this story will remind you of your duty to question for your own well-being. It reminds us that heroes are human beings just like us."

"To enter the world of J.E. Tobin's When We Were Wolves is to immerse ourselves in a vital David and Goliath story ripped right from the headlines.  Truth and courage are pitted against lies, lawyers, and hero worship.  The writing is vivid and the plot relentless.  This novel brims with empathy and insight and will stay with the reader long after the last page is read.  And it may just change our perception of what makes someone a hero."

— Michael Gurian, New York Times bestselling author of The Wonder of Boys and The Stone Boys

"J.E. Tobin's When We Were Wolves is an urgent and deeply affecting reckoning with abuse, and a powerful testament to the extraordinary courage of those who refuse to be silent in its wake. As the novel's protagonist, Tom Wingfield, unknits the trauma of his past, J.E. Tobin illuminates his journey with nuance, sensitivity, and wisdom, inspiring both necessary heartache and great hope."

"When We Were Wolves is a timely gut-punch of a book about fame and guilt and power—and about one man wrestling with his past and what he can still do about it. But more than that, it is a time capsule of how we live now, where average people and larger-than-life celebrities meet along newly drawn battle lines, where justice has become a malleable term, and where alliances aren't what we thought they were. Tobin's characters are as real as the neighbors and friends we think we know around us."

"When We Were Wolves celebrates an authentic hero, a man who is willing to risk everything he has gained in order to save innocents from what he has suffered.   A powerful novel, both exhilarating and compassionate—a story you will never, ever, ever forget."

— Sally Stiles, author of Plunge and Like a Mask Dancing

"When We Were Wolves is a timely and riveting debut novel. J.E. Tobin writes eloquently and fearlessly of a man confronting his inner demons, spawned by childhood trauma, and in doing so, Tobin invites the reader along on a quest for revenge that becomes a path to redemption. It's a fascinating journey that's well worth taking."

— David Holthouse, author of the play, Stalking the Bogeyman

"James Tobin's literary career is off to a strong start with When We Were Wolves. Domestic fiction needs more strong male protagonists, and readers will find one in Tom Wingfield, who fights to keep himself and his family intact while struggling with a secret that could tear apart everything he cares about."